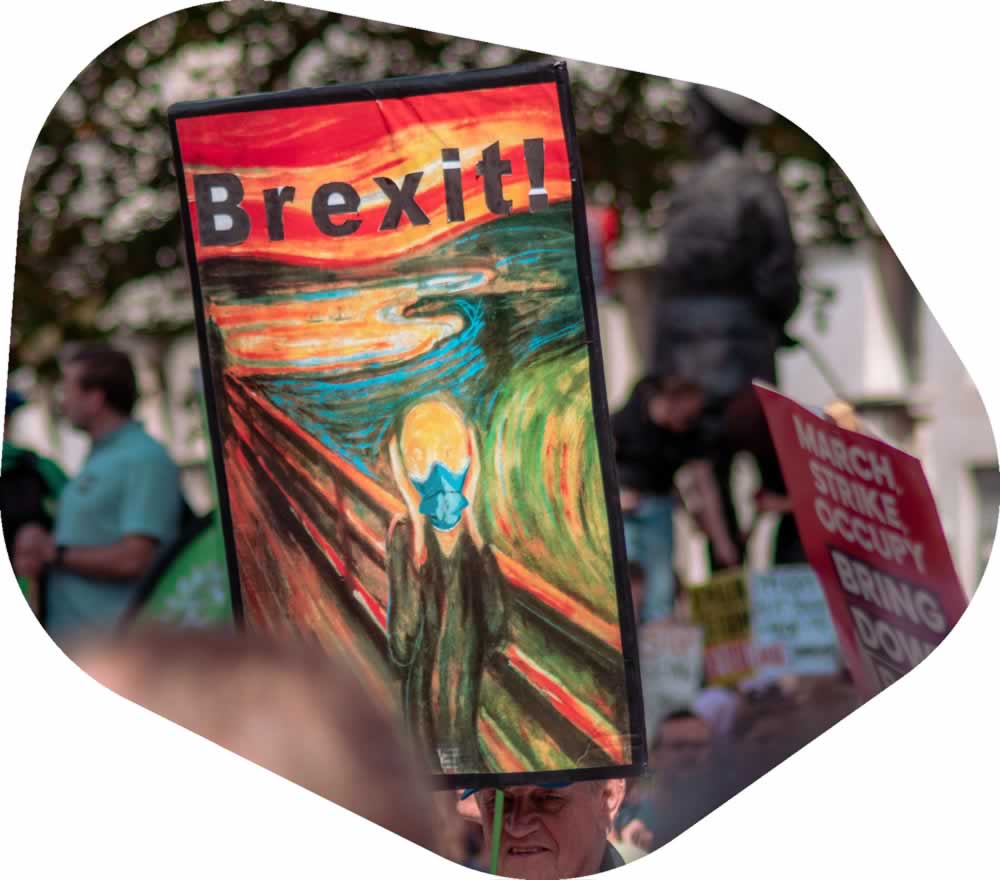 Could your team Get Brexit Done or would they take the PPE?

In a previous article we explored President John F. Kennedy’s leadership, his ‘man on the moon’ goal, and the lessons that business leaders, CEOs and others can take from that period of history.

In much the same way as JFK, we believe there is also something to learn from our present Prime Minister, Boris Johnson, and the teams he has led since taking office.

As we took a look back on the last 12 months, we saw a strikingly obvious distinction between Boris’s Get Brexit Done team that won the General Election in December 2019, and his government that’s been dithering and found wanting when it comes to PPE and other issues throughout the pandemic.
In this article we will highlight what differed between the two teams, and what CEOs and leaders can learn from this as they seek to build their perfect teams.

GET BREXIT DONE PROVIDED THE VISION

Even though it was a short-term goal, to agree Boris’s Brexit deal by January 31st, his Get Brexit Done slogan provided all-important where and when (the green element). The visionary, and inspirational part of the equation.

In much the same way that JFK’s ‘man on the moon by the end of the decade’ speech had been the clear, inspirational message in the 1960s, Boris and his team were able to turn the ‘red wall’ into the ‘blue wall’ by taking voters with them.

THE OTHER TWO PARTS OF BORIS’S SUCCESSFUL GET BREXIT DONE EQUATION:

Looking at the two other vital parts of that equation for a perfect team, we can see they were present during Boris’s winning campaign too.

The why and who (the red element ). The purpose and emotive glue. As we highlighted previously, even if you have the best thing since sliced bread next door, you are unlikely to get people looking at it if you don’t give them a reason it’s important. With Get Brexit Done, the why was the national sovereignty argument, and the who was ‘for themselves’, the British people- the electorate.

The what and how (the blue element ). The mission and tactical plan. The process of actually ‘getting Brexit done’ then was fairly straight forward, and the campaign clearly portrayed that. The what was the deal Boris had secured, and the how was the parliamentary majority he needed to pass it into law.

SO, HOW HAS THAT TEAM NOW TAKEN THE PPE THIS YEAR?

It’s obvious that every country, the UK included, was unprepared for the pandemic, despite numerous warnings over recent years.
As we did earlier in the article, we will now look at the three elements of the perfect team equation in the context of Boris’s pandemic team at the various stages throughout this year.

At the beginning of the pandemic, and throughout the first lockdown, the streets were empty, it felt as though almost everyone was working from home, and there was a sense of a unified approach. There was even a national clap every Thursday for the NHS and key workers.

The ‘Stay at home, protect the NHS, save lives’ messaging from the government was clear and easy to understand. This where and when (green element) no doubt contributed to the falling infection rates that we saw until restrictions were eased, because they made it easier for the other two parts of the equation.

The why and who (the red element ): Just as with the Get Brexit Done slogan, the why and who throughout the pandemic has remained consistent- to protect the most vulnerable and to avoid overwhelming the NHS.

The what and how (the blue element): Similarly, the what and how part of the equation has remained consistent too- reducing contact with people to reduce the spread of the virus.

THE VISION ENDED IN TIERS THOUGH

When the ‘stay at home’ messaging became ‘stay alert’ though, this led to confusion- and the varying rules for the different parts of society and the economy have added to that confusion.

Essentially then, the why and who, and what and how parts of the equation have suffered because of a lack of clear messaging- the where and when part. People have not been thinking about the importance of protecting the vulnerable and the NHS, and as a result they are rebelling against the restrictions.

WHAT CAN EVERY LEADER TAKE AWAY FROM THIS?

Put simply, all three elements need to exist and balance each other out if you are to build your perfect team.

So, could your team Get Brexit Done, or would they take the PPE? What could be the missing piece in your equation?