Skip to content
Could your team put a man on the moon? 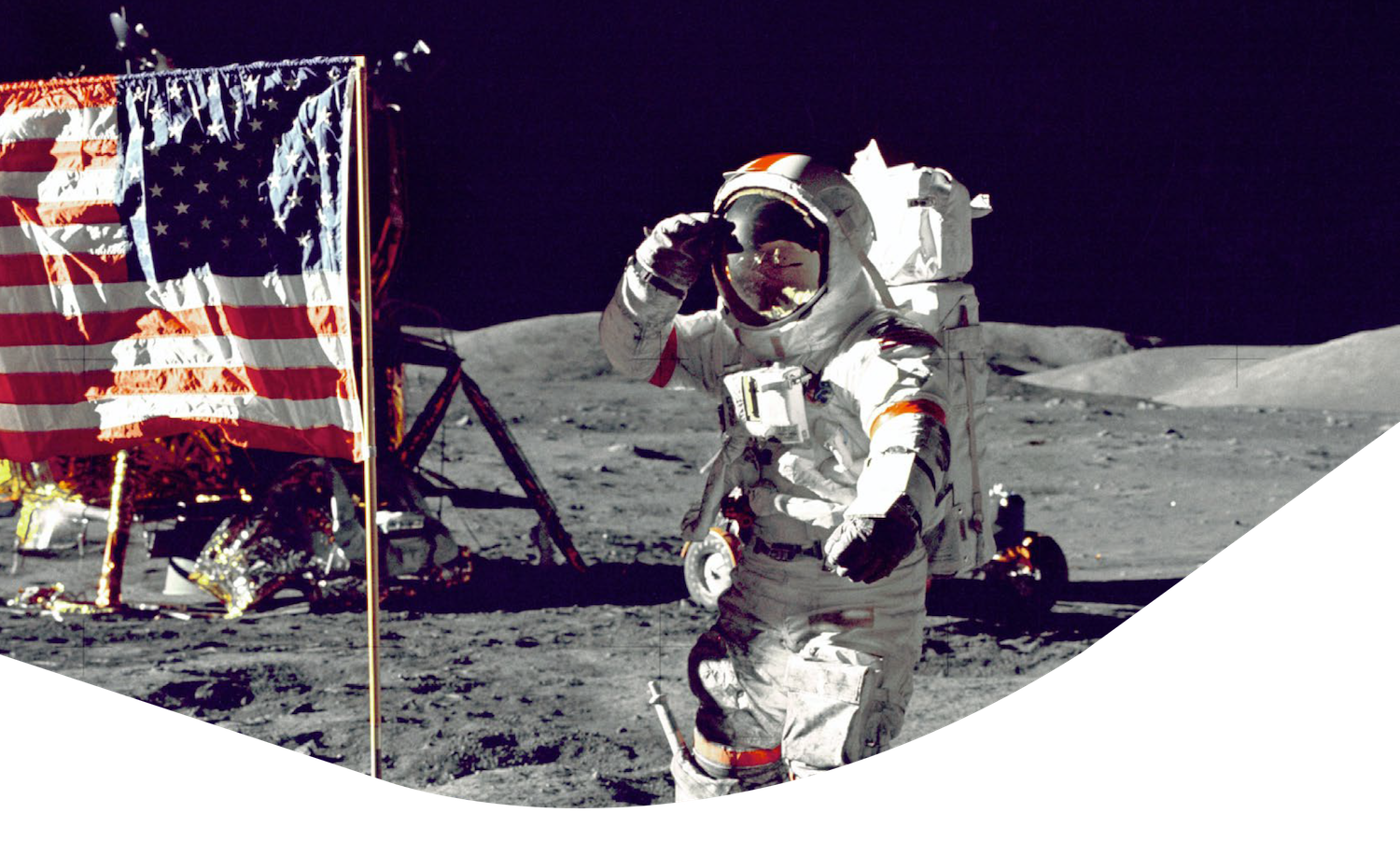 Could your team put a man on the moon or are their heads in the clouds?

In May 1961, President John F. Kennedy made a speech which changed the course of the Cold War- he announced his goal of putting a man on the moon by the end of the decade. A little over eight years later, in July 1969, the Apollo 11 mission achieved that goal.

It goes without saying that the moon landing was an historic feat scientifically, but on closer inspection we believe that JFK’s ‘man on the moon’ goal, and the process that followed his speech, also provide an amazing example of the possibilities when you have a perfect team.

WHAT CAN WE LEARN FROM LEADERS – BOTH GOOD AND BAD?

As in every walk of life, there are examples of both good and bad leaders. We believe that analysing their respective approaches and team dynamics provides case studies for how any organisation can build their perfect team.

COULD YOUR TEAM PUT A MAN ON THE MOON?

In this article we are going to take a closer look at what organisations can learn from the approach taken by John F. Kennedy, and by the end of this piece we will have outlined why his team was able to put a man on the moon.

THE CONTEXT: WHAT DOES IT MEAN TO HAVE A PERFECT TEAM?

As we have highlighted in one of our most recent articles, our extensive research has resulted in the formation of
12 distinct characters, based on three ways of processing information and seeing the world:

Having a mixture of these three core elements provides the basis for building a perfect team. All three are vital in order for your organisational equation to add up.

SO, WHAT CAN WE LEARN FROM JOHN F. KENNEDY?

If we look at JFK’s ‘man on the moon’ speech and the implementation of his vision, in the context of those three core elements, in short we can say that Kennedy had each part of that equation.

The green element: The green element of JFK’s approach – the where and the when, is the visionary message- “a man on the moon by the end of the decade”. It provides a clear, succinct, inspirational vision of where the US was going and when they were going to achieve it.

The red element: JFK’s red element – the why and the who – provided the galvanising purpose behind the approach. In our experience, the red element truly is a vital part of the equatio

Why? Well, you could have the best thing since sliced bread next door, but if you don’t give someone a reason why it’s important to them, they are not going to go and look at it.

On the other hand, if you tell someone why it’s important to them – if you give them a galvanising reason and an endearing purpose that engages them – then they will walk from Land’s End to John O’Groats to look at it. As we are fond of saying, “No why = No way”.

A great example of this comes when Kennedy took a wrong turn when he was at NASA. He saw a janitor cleaning his mop and asked him what he did there – to which the janitor replied “Mr President, I’m putting a man on the moon”.

With an emotive ‘why’, Kennedy was able to inspire people, and that is key.

The blue element: With the blue element – the what and the how- you get to the boring bit- the detail, the research and the process.

While it’s true that it is the boring part of the equation, the bit that slows things down, it is needed and you have to get it right to make the other parts of the equation work.

In fact, when our founder first came up with the Perfect Teams model, he called the blue element ‘the revenge of the thinkers’, because if you don’t get the thinking right, nothing is going to happen.

The thinking is laborious and methodical, which is why it takes time. The key here then, is to have the right people in place to take care of that. For Kennedy, the team at NASA were a vital part of this.

It’s clear to us then, that every great movement has all three of these elements in play. They are all balanced, and they are all attended to. With that in mind, when it comes to your equation, what’s the missing piece?